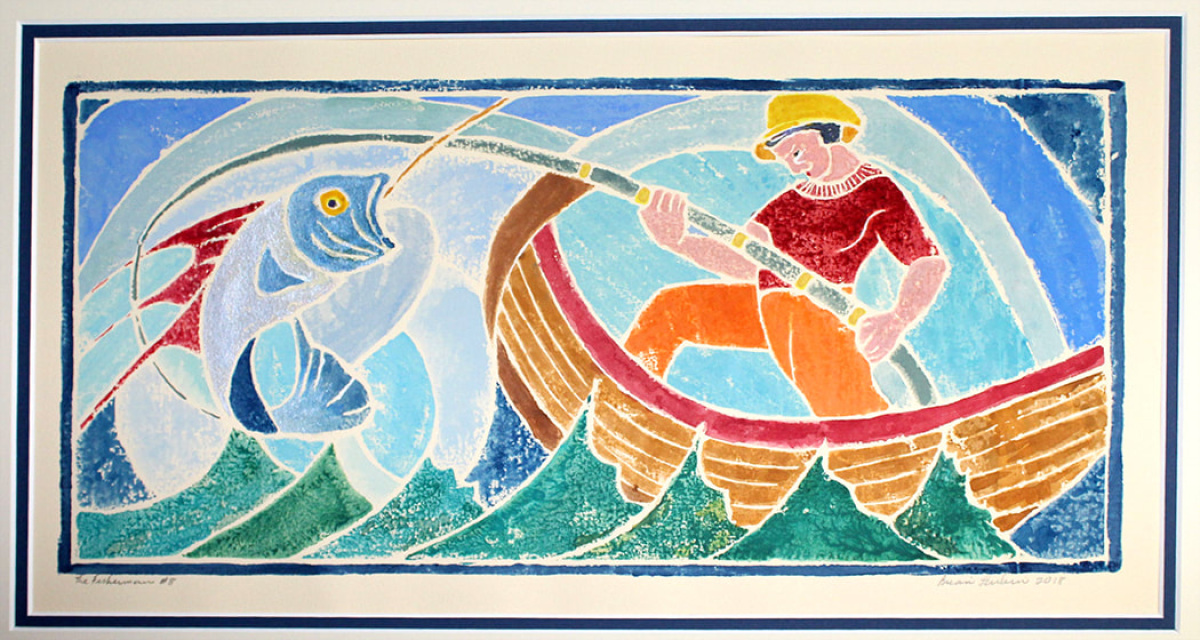 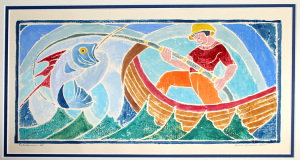 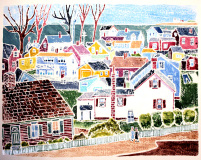 The Whiteline Woodblock or “Provincetown Print” was traditionally thought to be invented in 1915 by a group of Provincetown and Cape Cod printmakers who were devoted to the woodblock printing method.

The Whiteline print is considered one of the only true American art forms besides Jazz.

The process of white-line printmaking has been passed down by individuals through generations. Brian Larkin studied the method with Kathi Smith, who learned it from her grandmother, Ferol Sibley Warthen. She learned the technique from Blanche Lazzell, who learned it from Oliver Chaffee, who in turn learned it from his wife Ada Gilmore, one of the six original printmakers to begin this Provincetown tradition.

What’s used: a block of wood, a carving knife, some light watercolor/print paper, watercolors and brushes and a soup spoon (preferably silver). I will supply everything BUT the soup spoon! There is a $10 materials fee due to the teacher on the first day of class. Please come with a check or cash.

Sold out
Add to Cart
your website using these instructions.